Meet the team behind GelWear! 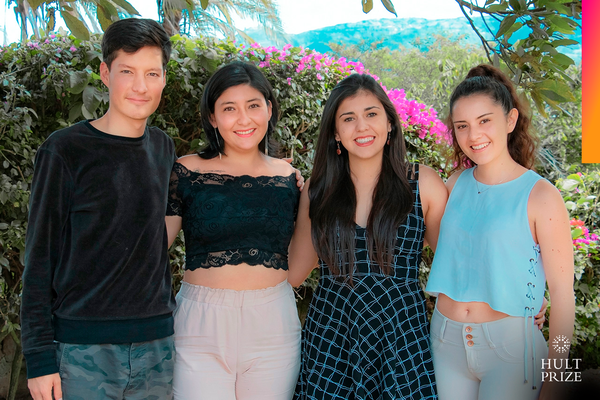 It can take up to 500 years for a disposable diaper to fully decompose. With millions of disposable diapers being thrown away every year, this is a massive problem with lasting impact on the environment. In Ecuador, in addition to disposable diapers, another environmental problem plaguing their country is found in the cane sugar industry, where a byproduct called bagasse is burned by producers and leads to air pollution and wildfires.

Although on the surface, these two problems are seemingly unrelated, the team behind GelWear saw an opportunity to solve both with one another. By using the bagasse as a source material for producing diapers, this team has created a product that is cheaper than market competitors, fully degrades within one year, and boosts the local Ecuadorian economy by using local resources and labor.

Their Hult Prize journey started in 2020, when they decided to compete and won their OnCampus program and got first place at the Tunis Regional Summit. In the summer of 2020, as the COVID-19 pandemic raged across the world, they participated in the Hult Prize Accelerator, which gave them the tools and mindset to create a sustainable, impactful social venture.

In the two years since they received a $100,000 grant from the Hult Prize, GelWear has continued refining their product and are currently selling their diapers in all the major baby chains in Ecuador. They plan to launch adult diapers, as well as venture into other markets such as disposable napkins soon. Follow the team on social media @gelwear.ec to keep up with their progress!