Meet the team behind Greeners! 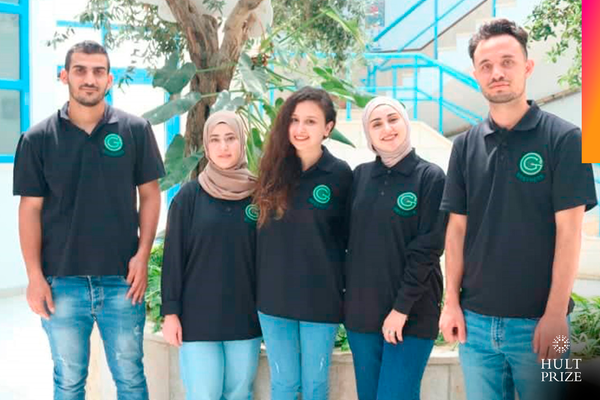 The team behind Greeners is attacking this problem head on with their eco-friendly liquid fertilizer. It does not leave any residue in the soil, which means it does not harm any of the water sources or aquatic life synthetic fertilizers have wreaked havoc upon for so long. Greeners demonstrated the perseverance and confidence every entrepreneur needs when they did not win their OnCampus program, but continued competing and eventually became a 2020 Hult Prize winner, receiving a $100,000 grant.

In the few years since they received this grant, they have successfully entered the Palestinian market and are preparing to launch in Israel and Jordan. As a result of participating in the Hult Prize, this team has gone from four university students with no business background to speak of to four entrepreneurs running a successful social venture. Learn more at their website: greenerspal.com/web/.