Meet the team behind Motherbud! 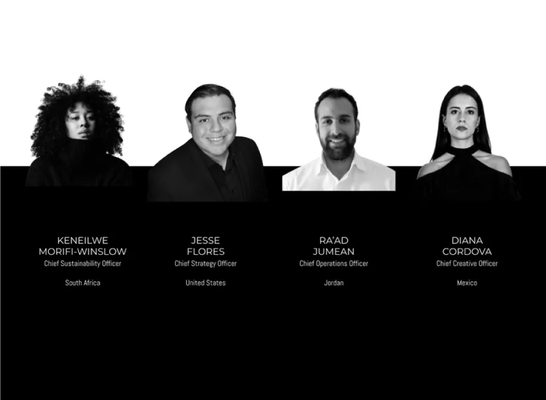 Three days before the application for Hult Prize was due, Jesse Flores got in touch with a friend, Kenny Morifi-Winslow, to chat about some research she had done on challenges faced by small-holder farmers in her home country of South Africa. With the 2021 Hult Prize prompting students to create businesses capable of feeding 10 million people by 2050, they knew they had to give it a shot, so they recruited team members Rad Jumean, Tarini, and Diana Cordova and got to work on figuring out how they could utilize Kenny’s research to make a difference in the lives of small-holder farmers.

They decided to focus on two areas: harnessing the power of food production to empower women in Sub-Saharan Africa and finding sustainable ways to produce food in the face of climate change. With this dual focus on women empowerment and climate change, Motherbud was born and the team’s application was submitted with no time to spare.

It turned out mushrooms were going to be the team’s best bet for a low-water crop which could be efficiently grown and harvested without much investment from their farmer partners. Mushrooms use a fraction of the amount of water as other crops, including meat, while having similar levels of protein. The mushroom market is also booming, making it a valuable crop for the women Motherbud will work alongside. The team invites you to read this article or watch this documentary to see just how wonderfully unappreciated mushrooms are today, and how valuable they are for the world of tomorrow.

Ultimately, they settled on an idea: a decentralized mushroom farming network of women farmers across sub-Saharan Africa. They would train, supply, and assist these farmers in starting their own mushroom farms, then Motherbud would buy back their surplus mushrooms, dehydrate them, and sell them to grocery chains globally. This would allow the company to reinvest in their farmers and expand operations while making minimal impact on the environment.

This idea carried them through the OnCampus and Regional phases of the Hult Prize, resulting in a spot at the 2021 Accelerator. Only Kenny and Diana were able to make the trip, so Rad and Jesse would wake up everyday in New York to new updates and action items, and send back updates for Kenny and Diana to wake up to on the other side of the Atlantic.

The team solved two major problems during this time.

First, they weren’t sure what the long term vision was for MotherBud. Thankfully, this is when they received a new board member, and future CEO of MotherBud -- Mary Jane Morifi-Winslow. In addition to being Kenny’s mother, she has also served as the Chief Sustainability Officer for Tiger Brand Foods for the past decade, giving her the perfect background to ensure Motherbud’s success in the market. The existing team’s role would be to build and launch MotherBud so that Mary Jane could scale it with her network and knowledge of the South African food system.

The second challenge was the decentralized aspect of the business model. The economics behind capturing one customer at a time simply did not work out, so the team was very happy to find out the South African government had mandated its mining companies to invest substantial money into ESG-related projects, with a specific focus on women empowerment. This gave the team confidence in their ability to scale beyond the initial investment they received from the Hult Prize.

They plan to use Hult Prize’s investment to begin work on the ground with 20 women, which will serve as a proof of concept of their model. They will use the findings from this trial to improve their process and to pitch the mining companies investing hundreds of millions of dollars into the space to work with them.

Check out their website to follow along as they continue to make an impact on the lives of women in sub-Saharan Africa.